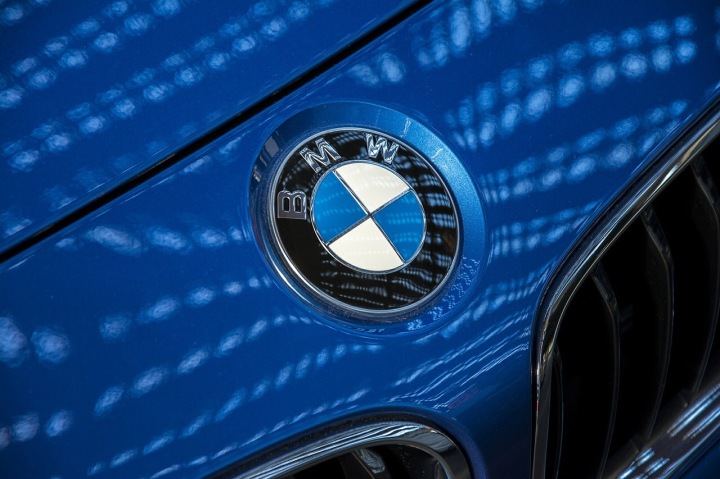 There is probably no luxury that I have done more of an about-face on over the past 20 years than luxury automobiles. My DW and I started out very humbly in our 20s when we got married. We were very practical: she had a 11-year old Ford Fairmont (boring, but mostly reliable). I had managed to drive a few junkers into the ground through college and did not even have a car when we walked down the aisle. I was taking the city bus to work each day.

The weekend of our wedding, one of my older brothers and his wife sprung for a 2-day rental on a Cadillac Sedan de Ville for us to use. It was big, luxurious and fun to boat around in over the weekend. My Dad was admiring the Cadillac the night of our Rehearsal Dinner and told me “work hard and your company will be you one of these”. I had just started a job at the first Megacorp I worked for and I felt like I had the world ahead of me (despite being somewhat over my head in college & credit card debt).

Despite the lure of luxury on wheels, DW and I were very practical. We drove the Fairmont for another year and upgraded to a used, but practical Geo Prizm. The Prizm was a Toyota Corolla underneath the Geo branding and a good value. We bought it used with a very small car loan that we paid off in about a year. While most of our friends were buying jazzy new vehicles (with very big car loans), we stuck with our one little Prizm for about 4 or 5 years. In retrospect, we saved a boatload of money as I continued to take the city bus to work.

At that point, our careers were really ramping up. We had paid off all of our college & credit card debts a few years earlier, bought a nice 1600 square foot suburban house, and had started to save for retirement. All was well. When baby arrived the next year, we doubled our fleet – buying a second car. We continued to be practical, with a Honda Accord, but it was our first new car. With a power moon roof. Again, we took out a small car loan – but again had it paid off within about a year.

When the Prizm finally started looking ragged (at over 150K miles), we bought a used Toyota Corolla to replace it. By this point I had a pretty significant role as a Marketing Director at my second Megacorp, but I didn’t mind parking my little Corolla next to the BMWs & Mercedes in the reserved spots at work. I convinced myself that practicality was my badge of honor and that luxury vehicles just make “others feel bad” and didn’t align with my “world view”.

Despite my best intentions, my practical attitude didn’t last too long. We had moved to a nicer neighborhood and our “value fleet” just didn’t fit in. One neighbor had a Porsche, another had a big Hummer (when they were still cool). One weekend night, my son’s babysitter arrived at our house in a much nicer car than either my wife (Accord) or I (Corolla) was driving. We had plenty of money saved up at this point, and made a big step up to a brand new SUV. It was the biggest discretionary purchase that we had ever made – a black Honda Pilot. Not the fanciest SUV you can get, but certainly a big step up into middle class. Another step up was for my DW to go from a Honda to an Acura (used, but with only 14K miles on it).

From there, things got out of hand. I moved up another level at work and now had a company-provided vehicle. We sold the Honda Pilot and upgraded to the Acura MDX SUV with a plush interior and built in DVD player (when that was high tech).   A few years later, that was turned in for a BMW X5 SUV – now I really looked the part of Marketing Executive and my practical world view was gone. Unlike the Hondas and Toyotas we had driven, the BMW wasn’t even rated very high for reliability, but who cares if the company is paying for maintenance & repairs?

Compounding the impracticality, the garage soon had another BMW. My wife and I bought a BMW Z4 roadster convertible for our 20th Anniversary. While it was a used car – it is completely impractical except as a “date night” car and opportunity for me to pretend to be James Bond 007. In addition, my wife has also upgraded from her Acura to a small Mercedes sedan.

What happened? Suddenly we have two BMWs, a Mercedes and Acura in the garage? How great is that? With the garage door open, the young neighbor boy asked my wife “Why does Mr. Firestation have so many BMWs?”

The good news is that the current fleet (all bought used, but with low miles) were also paid for with cash. As we reached the point of financial independence a few years ago (and paid off our house), we suddenly had the economic wherewithal to treat ourselves to some nice wheels. As a result, I have mentally reclassified myself as a “car guy” but am happy to point out that when it comes to cars I am absolutely on a hedonic treadmill. Every upgrade has led to me wanting to upgrade yet again.

In early retirement, I would like to think I could once again regain my practicality and be happy driving a nice Honda Accord or Pilot. I think Honda styling looks nice, they offer a good value, and that I should be well satisfied “trading down” from our current luxury fleet. Please note I said I would “like to think” that. In fact, I have been spending a lot of time doing the math to make sure that our early retirement nest egg is just big enough to keep the happy days coming. I noticed that in the Millionaire Next Door, Thomas Stanley reports that many millionaires purchase late model, low mileage, luxury cars.

Maybe my approach is OK? While I definitely think that “Time > Money” – I enjoy spending my time behind the wheel of a nice vehicle (pretending that I am James Bond 007).  What’s your “car story”? Are you practical or chasing guilty pleasures on the hedonic treadmill? Is it delaying your early retirement?  Do you think you can ever be practical again after driving luxury?