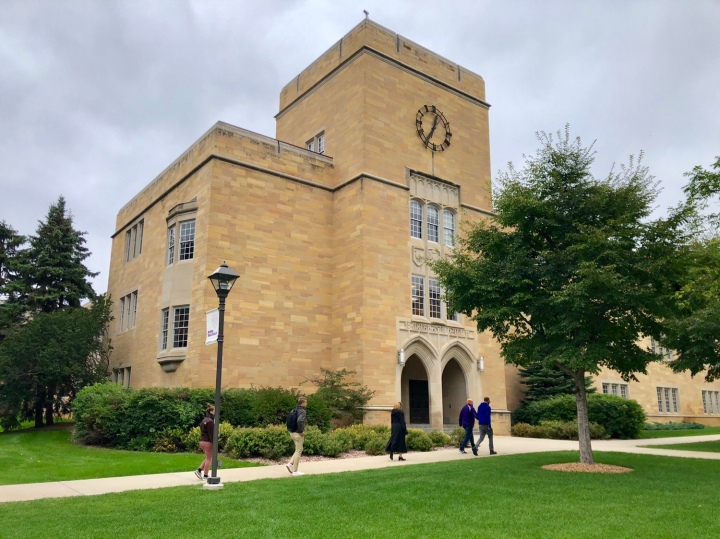 Autumn is in the air and for the third straight year, that finds me back on campus. One of the most interesting things I’ve been able to do in Early Retirement is take university classes on a variety of subjects.

Two years ago, when my own son was just starting college himself, I took advantage of a university parent’s program to take Freshman Sociology. It was a bit strange to be back on campus after almost 30 years, but I really enjoyed it. I wrote about the experience of being back on campus in this post:

Last autumn I took an interesting class series through the university’s adult ‘lifelong learning’ program. Rather than be in class 2-3x a week with undergraduate students, it was a six week series open to the public, but still taught by university professors. It was an interesting overview of Engineering – with a focus on the properties, history, and applications of different materials.

A ‘Lifelong Learning’ course might be a better option for most early retirees wanting to get back in the classroom (I haven’t tried an online class yet). There are about 50 people in the auditorium today with most people appearing to be typical retirees in their 60s. It’s easy to fit in here and avoids the awkwardness of being the ‘Old Guy’ in an undergrad class – although I found it entertaining!

This fall’s course is focused on Film Studies. Today’s first class focuses on the Silent Film Era and is a combination of lecture and film clips. I’ve never had a Film Studies class before – there were others offered on the History of Scotland, a Political Science course on the mid-term elections, and a look at a World Religions. Some courses are even tied to overseas travel that combine classroom time with a guided trip.

The number of classes offered at my son’s university is a bit limited, but the nearby Big Ten University offers dozens more. I haven’t checked out any classes there yet, but I definitely enjoy the experience of being back on campus each fall and being a part-part-time student.

Who else has gotten back into the classroom and tried being a student again? Anyone tried any online courses offered through a University?