My wife and I are on vacation in Great Britain this week. She read in the newspaper that the average English government worker gets 28 days of vacation a year.  Almost a month!

While that seems like a huge amount relative to the United States, the below chart shows how many average hours are worked across a number of developed countries. You can see that the United States is in the top third of countries for hours worked, while the United Kingdom is nearthe bottom third.  Mexico is near the top!

Many people believe that the United States should require a minimum amount of vacation, but I prefer less government intrusion into our lives. While we could work a bit less than other countries, it doesn’t look like we are far out of whack. 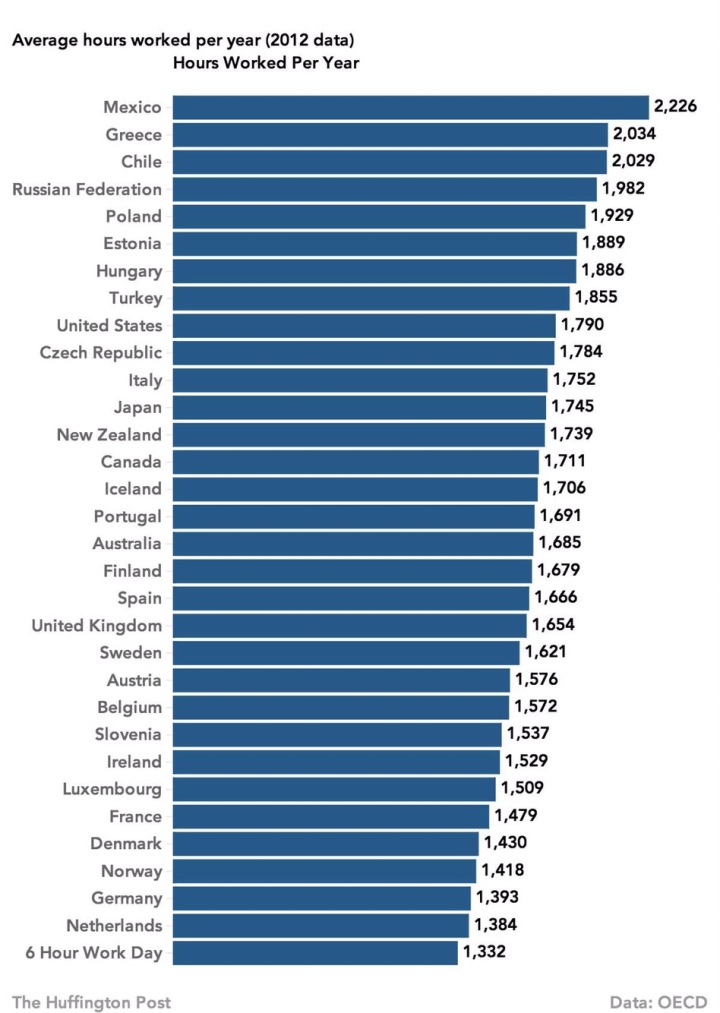 Graph from – What The World Needs Now

4 thoughts on “No Vacation Nation?”