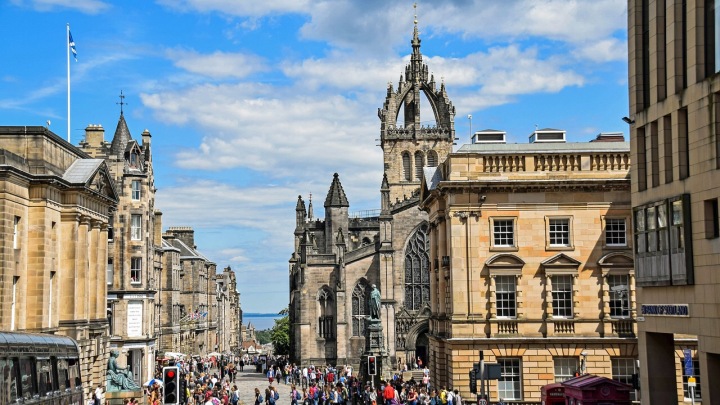 Today we are heading home from our trip to England & Scotland over the last few weeks.  It was a terrific trip that took us from the Roman Baths of Bath, to the halls of Downton Abbey’s Highclere Castle, to Old Town York, and into Scotland for a full week – all the way up to Inverness.  My wife’s Dad’s family is from Scotland, so we really enjoyed seeing Edinburgh, Glasgow, Paisley, Oban, and Inverness.

For this installment in our FIRE Travel Series, I thought I would share the highlights of our visit to Edinburgh, Scotland’s Royal City.  While not Scotland’s biggest city (Glasgow is), Edinburgh is the cultural nexus of the country, it’s capital, and a place that has played out prominently in its history.

High on a rocky mount in the middle of Edinburgh is its castle fortress.   It dates back to the 1100s and three of its four sides are sheer, rocky cliff faces.  It’s fortified on all sides, but the side that faces the city is defended the most.  The main gate is flanked by statues of national heroes William Wallace (Braveheart) and Robert the Bruce.  Inside you will find the Scottish Crown Jewels, the Royal Apartments, and the Renaissance Great Hall.

The Edinburgh Castle towers over one end of a cobblestoned street known as the Royal Mile.  It leads progressively downhill for just more than its namesake distance past wonderful shops, pubs, monuments, and churches.  At the very bottom is the Palace of Holyrood – home to the Scottish Monarchy’s House of Stewart (until the Reformation) and currently used by Her Majesty, Queen Elizabeth.  The Royal Mile is a quite festive, busy street with crowded, uneven sidewalks.  Only part of the street is closed off for pedestrians – and only for part of the day. In the middle of the Mile is a statue honoring the economist Adam Smith.  Any of us working toward early retirement owe him a tip of the cap for sure!

Standing in the middle of the Royal Mile is the Mother Church of the Church of Scotland.  In the 1500s, this church was a hot-bed of the Reformation, led here by John Knox.  This former Roman Catholic Church – with its tower imitating the Scottish Crown – is a dark and mysterious place that is fun to explore.  Many buildings in Edinburgh are soot covered and eerie.  We stayed at an inn called The Witchery, and outside this church, multiple Ghost Tours leave each night.

I’ll let someone else tell the story of why tartan wool is so important in Scotland, but suffice to say there is a tartan pattern for everyone in the shops on the a Royal Mile.  Regardless of your name or national origin, these shops specialize in weaving a perfect story of your heritage in brightly colored plaids.  Scarfs, blankets, kilts, neckties, sweaters, key chains, whisky flasks, lighters, coasters, buttons, and a hundred other products are available in dozens of tartan colors. 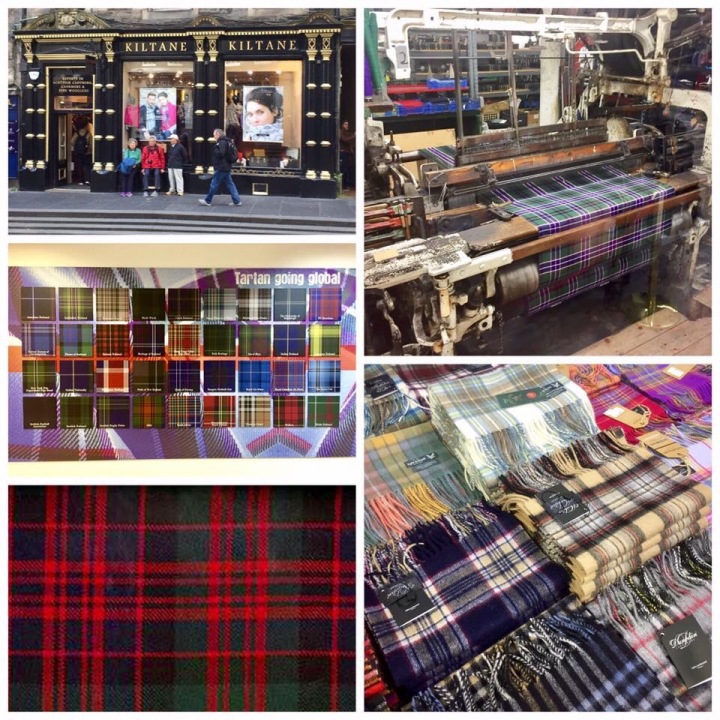 Holyrood is the historical Royal Palace in Edinburgh and is still used by the Queen today.  If the Windsor family is not home (they come in August), you can tour the lush state rooms, great hall, and apartments of Mary, Queen of Scots (from the 1550s).  (There are no photos allowed in the palace – here are some postcard snaps): 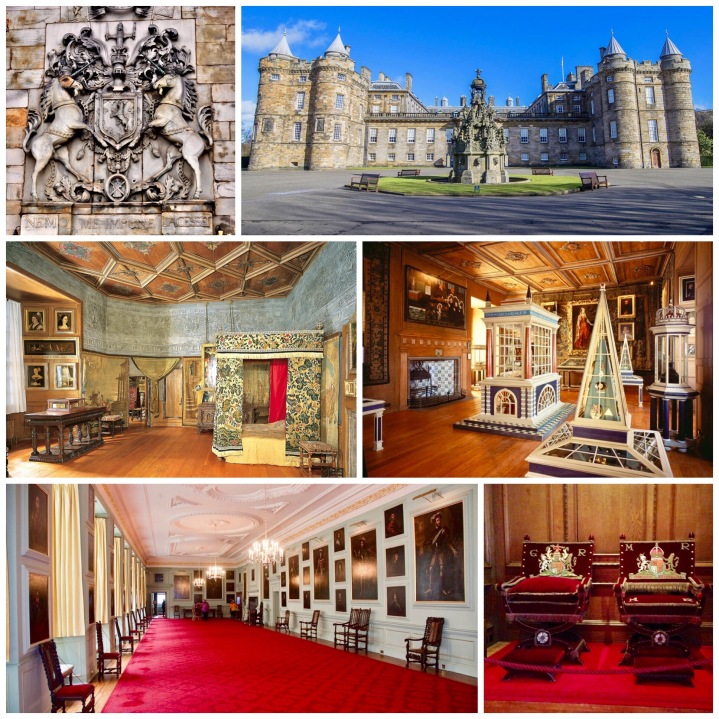 You won’t find a more colorful collection of pubs in too many places in the world.  We stayed in Edinburgh for three days and visited a good number of them.  Each has a clever story about its name, history, and offerings.  Deacon Brodie’s, for instance, is named for the Edinburgh resident that inspired Robert Louis Stevenson’s Dr. Jekyll & Mr. Hyde.  Another pub honors the cute little terrier that stood by his master’s grave for 14 years, before he, too, passed away.  Each pub we were in had a good selection of local beers and fine Scottish whisky.

The National Museum of Scotland is a magnificent and frustrating place. First, it has a broad mission as a Natural History Museum, Science Museum, Design Museum, and History Museum all rolled into one.  Second, it spans several buildings – old & new – that do not join together terribly well.  Still, the collection of Museum is terrific and helps put Scotland’s rich heritage in context.

These seven sights only scratch the surface of Edinburgh but will definitely keep you busy over a 3-4 day visit.  Train connections to London are really slick, so it is quite easy to combine the two cities in one trip.

We rented a car and also enjoyed a week in the rural Scottish Highlands, which was a great counterpoint to the urban grittiness of Edinburgh.