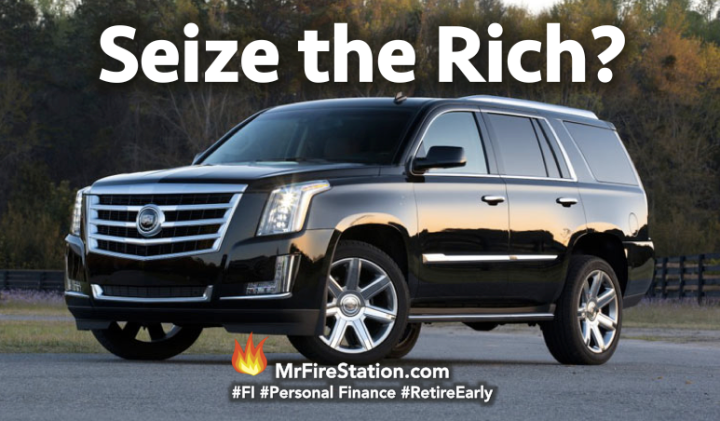 I visited with a friend over a beer last week and we discussed a lot of things, including – inevitably – national politics.  As I wrote in my election day post about what the next President needs to do, I argued that the most important issue is government out of control spending.  Rein in the spending, and you rein in the government.

My friend argued that it wasn’t government spending that was the problem (in fact, like many politicians, he would propose even more) – it’s that the RICH do not pay their fair share of taxes.  This is a sentiment that you often hear on the cable news channels – the RICH have a sweetheart deal with government that means they pay less than they should.  If we could just get them to pay their fair share, we would have enough money for every priority.  Big business is often vilified by people in a similar way.

I reminded him of the Margaret Thatcher observation that ““The trouble with Socialism is that eventually you run out of other people’s money!” and decided I would put together some numbers to show how flimsy the often-repeated “soak the rich” call to action is if you put it into it’s most extreme practice.  Consider this …

1. If you passed a law nationalizing ALL of the wealth of ALL of America’s 537 billionaires, rendering them completely broke, you would collect $2.2 trillion (Hurun.net).

3. If you confiscated ALL of the income of EVERY one of the Fortune 500 companies, making them essentially into non-profit organizations, you would collect $0.8 trillion (Fortune.com).

These three actions – effectively cutting the head off of every ‘demon capitalist’  would result in $5.1 trillion of new tax revenue going into the government coffers.

Would cover less than NINE MONTHS of the $7.4 trillion in government spending that occurs annually (federal, state & local) – funding government to only about August 28th of the first year (usgovernmentspending.com).

While it is fashionable in some circles to hate the rich and big business, this example shows that while there are more and more millionaires and billionaires in the USA than ever before – their great wealth is TINY compared to the incredible COST of running current government programs.

And, keep in mind that the current $20 trillion in federal debt is still UNTOUCHED by the actions in this extreme example.  It would take 100% of the income of EVERY other American for the next 3-5 years to ALMOST pay off that amount (IRS.gov).  And, all of this activity is predicated on the American economy continuing to perform as it has, despite a likely exodus of almost all of America’s wealthiest individuals and the companies they built.

Seizing the wealth of the rich will push America’s greatest innovators – and all of our major companies (which employ tens of millions of Americans) – out of the country and stop funding for any future innovations to occur.  The value of these innovations are exponentially more than what they themselves have acquired.

In addition, they also pend their money on things – like luxury cars and houses – that support industries that tens of millions of other Americans are employed in.  And, the companies they built are collectively owned by all of us through the mutual funds, pensions, insurance plans, and universities we all benefit from.

While there are too few of them and too many of us to make the math work for our nation, it is also just plain intellectually dishonest to claim the “rich are not paying their fair share”.

The following chart compares income groups in the US (in the green) with their share of ALL taxes (federal income tax, payroll taxes, federal excise taxes, state income tax, state sales tax, property taxes, and other local taxes), and federal taxes alone. You can plainly see we have a progressive tax structure – the poorer pay a rate much less than their income, and the wealthy pay a rate much higher than their income.

In conclusion, as a general rule, I try to keep this blog pretty politics-free, but I felt this story needed to be told.  In a personal finance blog, it is important to reflect on how macroeconomics impact our microeconomics.  This isn’t a partisan post – both major political parties have contributed mightily to the massive government spending and debt challenges we face.

As the example shows, there is no magic solution to suddenly solve our unsustainable national finances.  Seizing the rich won’t work, so we will all need to factor this thinking into the planning we do for our expected investment returns, estimated tax rates, and forecasted inflation.  All are impacted by our outsized government spending.

What has been your view of the “Tax the Rich” rhetoric?