This is the second post in our summer travel series and I thought I would feature one of my favorite cities in the whole world, Barcelona.  If a city every stood by the name ‘colorful’ – it would be Barcelona.  On a hot summer day & night, there is something truly magical about the Catalonian capital that give it a funky, laid-back, and romantic vibe.

Originally founded as a Roman City, Barcelona is the former capital of what was known as the Principality of Catalonia in the Middle Ages.  A stroll through the city reveals several layers of history – from the modernist Spanish art of Antoni Gaudi, the winding alleyways of the Gothic District, to the current love of sports and the 1992 Olympics.  The city is the host to the annual Electronics World Congress and the headquarters of the Union for the Mediterranean.

Summers are crazy fun in Barcelona, but since it is a tropical destination, you can’t miss good weather in the shoulder-season months of May and September.  I have visited the city two times and been recommending it to people as a great FIRE travel destination for a long time.

Barcelona is on the sunny western Mediterranean and the beach is definitely world class.  Built originally for the 1992 Summer Olympic Games, it is packed with sun-lovers and beach-goers every day and into the evening.  The beach area includes a few fine hotels and the adjacent former Olympic Athletes Village has been transformed into a colorful beach-side residential area with great restaurants, gelato shops, and an occasional fireworks stand.  A great place to start a visit to Barcelona. 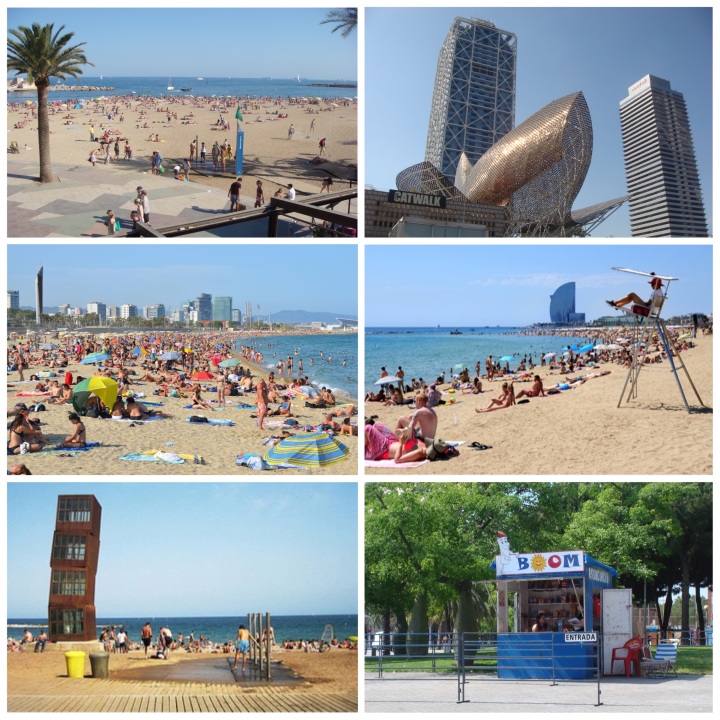 The city faces the beach, but Las Ramblas is a shady, tree-lined walking boulevard that connects the water to the city.  On Las Ramblas, the walking avenue is in the middle of the street, while the cars go up the sides.  Lined with bars, restaurants, galleries, and street merchants selling flowers, animals (birds & turtles), and artwork, Las Ramblas is a wonderful strolling street – unlike anything I’ve seen in the USA.  Our hotel – the Royal Ramblas was right on the avenue and as convenient as you could ever hope to everything. 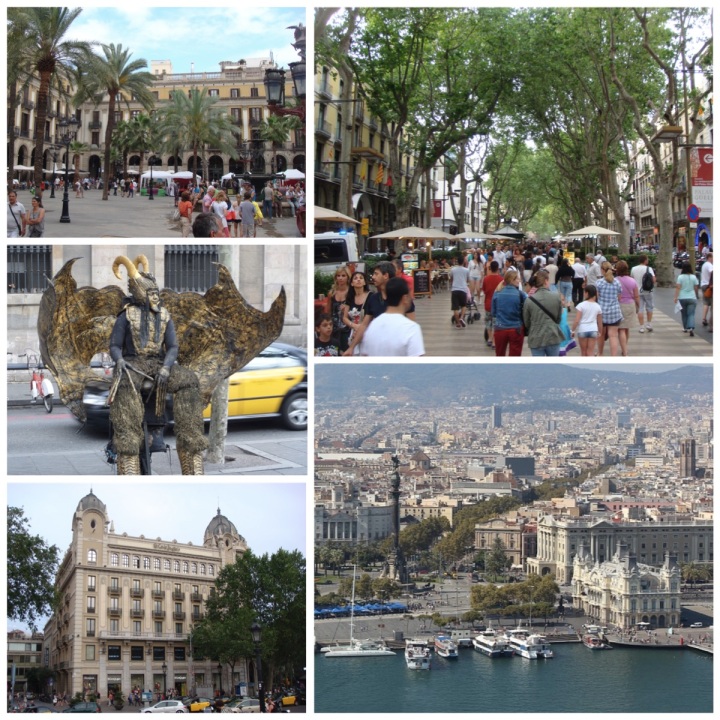 The St. Josep La Bouqueria is an amazing open-air market just off Las Ramblas that delivers a sensory overload of culinary delights  – from candy, peppers, fruit, vegetables, and fresh meats.  It is colorful, noisy, and spectacular.  The market – which dates back to the 1200s – is busy every day with Barcelona natives and tourists.  The pictures below give you a sense of it’s technicolor brilliance – I left out some of the more gruesome butcher counters!

The Basilica of the Sagrada Familia (Sacred Family) is Barcelona’s still-unfinished crown.  The largest Roman Catholic Church in the city was began in 1882 and was officially consecrated in 2010.  Designed by world-renowned Barcelona architect Antoni Gaudi, the Sagrada Familia has been under construction for over a century, and probably will not be completed for another decade.  I’ve had a chance to visit the Art Nouveau/Gothic church a few times and while they are making a lot of progress, part of the fun is to see the very unique building take shape.  As you can see from the photos, the heavily draped sculptures on the outside and pastel-lit curvilinear forms inside make it unlike any cathedral you have ever seen.

The Summer Olympic Games were held in Barcelona in 1992.  Do you remember the amazing Catalunya archer who lit the Olympic cauldron with a flaming arrow shot through the night sky?  In what may have been one of the most colorful games to ever be hosted in Europe, Barcelona did a great job hosting the world’s biggest sporting event.  Above the city, near the Olympic stadium is an terrific little museum honoring those games – and a terrific stop for families visiting the city.

As spectacular as Barcelona is during the day, it lights up at night in a firework of lights and color that is very captivating.  The National Museum of Art – which is housed in an amazing palace that overlooks the city – crowns the Barcelona after dark as colorful spotlights frame and halo its Romanesque dome.  Waterfalls and lights step down from that hilltop and end at a formal water fountain that dances and changes color to music every evening.  Recent building in the city has reflected the idea that Barcelona is the city of color and LED lights magically bring buildings to life after dark. 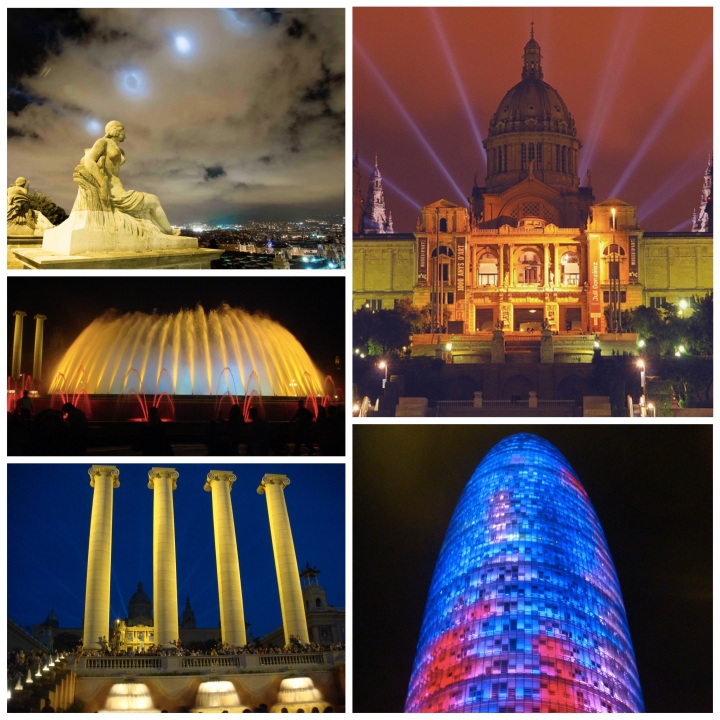 There is so much more to do in Barcelona, that it is difficult to capture it all here.  In addition to these experiences, you could also spend a few days enjoying the shopping, the Picasso Museum, the Gothic Quarter, and visit other Antoni Gaudi buildings (and his Park Guell).  There is also bullfighting, the Barcelona FC (and their colorful new stadium), and wonderful dining (tapas bars!).

I hope this gets you started thinking about Barcelona as a terrific FIRE trip!