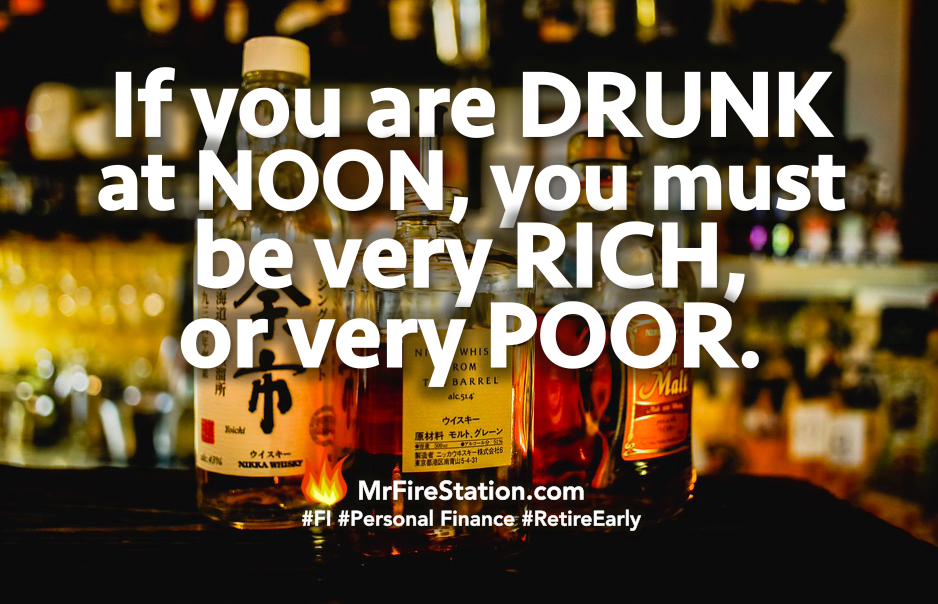 When I resigned from MegaCorp early last year, I brought a bottle of fine Scotch Whisky into my boss’s office to toast my farewell. We didn’t crack it open because he wasn’t feeling well that day and he told me it would have been a violation of company policy.

I suppose that makes sense on some level, but believe it or not, it came as a surprise to me!

The first MegaCorp I worked for (for 12 years) was a well-known branded food company owned by a British drinks & spirits conglomerate.  There was often beer and booze at company events.  We enjoyed our company brands and I never thought twice about it.

A later MegaCorp (where I spent the next 12 years) would frequently toast success with champagne when we set a new quarterly sales record (which was often).  It was no Mad Men, but since we were responsible enough to run billion-dollar businesses, what was the problem?

So, this last MegaCorp banned alcohol of ALL kinds in the office.  I was later told there was even a restriction that if you had a beer/wine over lunch you weren’t able to return to the office that day.  I’m not admitting I ever broke the policy, but since I didn’t know it was a rule, I worked there 3 years, and I frequently went out to lunch – you can probably guess what happened.

It’s easy for a MegaCorp to put out a policy like this.  It doesn’t cost them anything and probably saves them from a few headaches despite treating every employee like a child.

What has been your experience with this?  Valuable corporate rule or just another example of MegaCorp treating responsible adults like children?

13 thoughts on “FIRE Station Fun – Drinking On The Job”