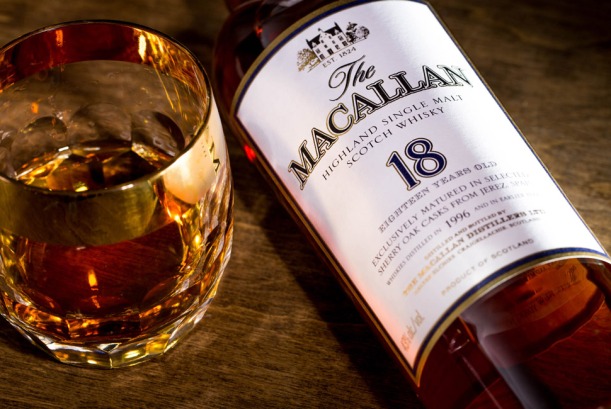 Today is the day.  Plans have accelerated.  At the end of the workday, I expect to be sitting down with my boss and pouring out a simple toast of thanks prior to announcing my impending early retirement. It will be the first time I’ve told my boss that I am leaving MegaCorp and will constitute my formal resignation notice.

To celebrate the milestone (and quell the nerves), I will make the announcement with a old-fashioned crystal tumbler filled with The Macallan 18 – a special scotch whisky aged a full eighteen years in sherry oak casks.  It is the kind of rare whisky that Don Draper & Roger Sterling would wholly endorse for this positively Mad Men moment.

Distilled in Scotland in a 300+ year old Highland manor house The Macallan is one of the most respected names in scotch whisky.  The exclusive elixir is distilled using fourteen copper-clad “curiously small stills” that are so well known they have appeared on the back of a Bank of Scotland £10 note.

While I am not an aficionado of fine scotch, the boss and I shared a golden glass of this expensive whiskey ($225/bottle) while enjoying a conversation around this massive stone fireplace at MegaCorp’s executive retreat in northern Minnesota on a snowy day two Novembers ago … 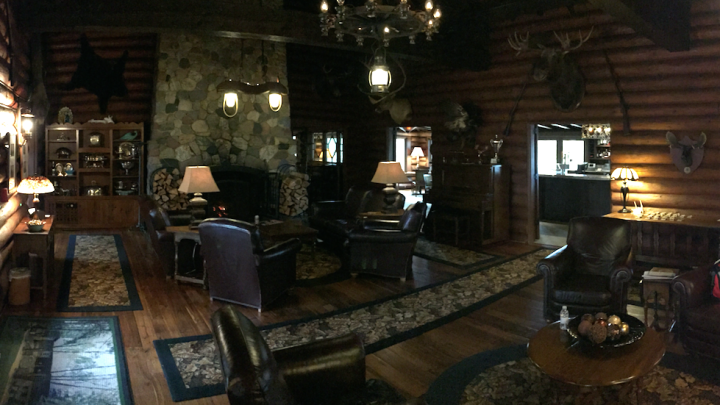 Together, we were hosting an award trip at the private resort and discussing our individual future plans a bit in the abstract.  As we talked, he treated me to a glass of The Macallan 18 as he imparted his wisdom on money, rare scotch, and how to best set up one’s retirement lifestyle.  The fact is, my own plans were already well beyond abstract at that point.  My dear wife and I had decided a few months earlier to start counting down to April Fool’s Day 2016 as my last day before early retirement.

My boss is a respected 35+ year senior executive at our blue chip MegaCorp.  He is about 10 years older than I am (almost 60?).  We’ve worked together for the last 18 months and he has been talking a lot about his retirement plans since the day I met him.  I’ve stayed relatively quiet on the topic, so I expect he will be quite surprised that I am leaving SOONER than he is.  Few people leave our MegaCorp as early as 55, so I think the fact that I am still 49 will perhaps leave him shocked.

I’ve written before about the Dom Perignon champagne (vintage 2000) that I will pop on my 50th birthday (two months from now) and celebrate my Golden Jubilee and Jubilado status (look it up).  This special bottle of scotch will get things going for what should be a very exciting final two months!