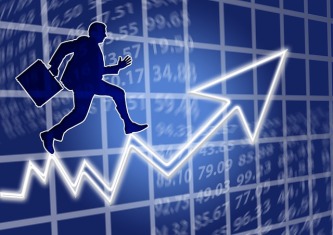 I’m a little less than 14 months from my expected early retirement date on April 1, 2016.  It’s far enough away that I’m not ready to start talking about my plans at work, especially with my boss.  A lot can change in 14 months and I want to keep my options open for as long as I can.

That made today especially difficult.  My boss and I sat down for the time-honored Megacorp annual performance review discussion (went well) and chat about my leadership potential rating and career development.  He’s been my boss for about 6 months and we are still just getting to know each other.  The good news is that he supports the “high potential” rating I’ve had and really wants to help me build my career.  The difficult part is that I didn’t feel comfortable confessing that I’m beginning to count down my days.

While most people my age (48) are still climbing the corporate ladder, I’m financially independent and getting mentally ready to retire early (FIRE by Fifty).  That made it awkward when he opened up the conversation with “how long do you see yourself working?”  While the point of a career development plan is to talk about the future, I was surprised that he started with such a pointed question that has so occupied my thoughts.  “I would like to retire early at 55,” I responded, knowing that I was stretching my current thinking by a full five years.

My reason for not being completely transparent with him was that I want to leave Megacorp on my own terms.  I don’t want my potential to be limited until I am 100% ready to walk out the door.  I’ve written before that many people decide to work “one more year” and that it doesn’t pay to give your notice much earlier than you have to.

I could tell it really surprised him that I would want to retire at an age he viewed as inconceivably young (he’s 58 years old himself).  He asked incredulously “you would retire that early!?”  I could tell by his tone that showing too much commitment to that timeline could quickly become a career-limiting step.  I said, “Well, 55 is my initial goal, but it is still seven years away.  I’m sure if I’m enjoying what I’m doing and achieving continued success I will keep at it longer.”

Even as I said it, I couldn’t even believe I said it.

The next 45 minutes were comprised of me listening about opportunities to move up through the organization over the next 7-10 years, achieving Megacorp executive glory by taking progressively challenging and difficult roles at headquarters and far flung international subsidiaries.  I imagine that many would view this conversation as intoxicating, but truthfully my stomach turned the whole time we were talking.  Not because I had any disdain for the picture of corporate success he was painting, but because I’m not fully committed to the opportunities I feigned interest in.

The outcome of the meeting is that he pledged to create opportunities for me to get increased visibility & interaction with our company’s most senior executives over the next few months.  It’s a commitment on his part that will take some time and effort to bring about, but I don’t feel like it will be for naught.  I have some insightful best practice learnings that we’ve wanted to get in front of senior management and these meetings will be a chance for them to hear about them (and get to know me better).

What do you think?  Should I feel guilty to mask my intentions, or is it acceptable to act in this manner to keep my options open?  Does the proclivity of Megacorps to mask their own intentions from employees (layoffs, etc) make it OK?

2 thoughts on “Early Retirement – Not Ready To Talk Yet”