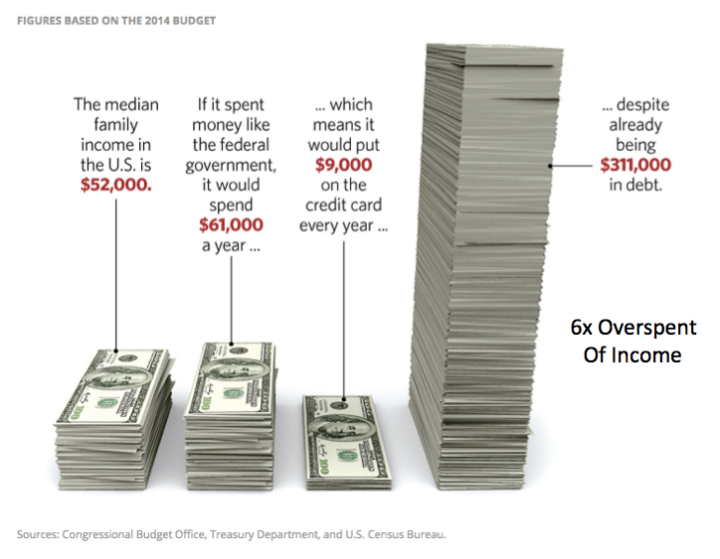 On Sunday’s CBS 60 Minutes, they reported that 82% of likely voters are more disgusted than excited for the election.  Regardless of your politics, neither candidate gets high marks for trustworthiness and there is a lack of confidence that the country is heading in the right direction.

On this day before Election Day, I thought I would comment on the four key things that will be very important for early retirees in the future and I would like the new President and Congress to focus on:

Unfortunately, throughout the campaign season, neither of the major party candidates seemed prepared to address these issues in any significant way.  Our political system seems to almost guarantee slow change in Washington DC, except when major issues flare up and voters demand action.  Please comment on what issues you would like to see the new President and Congress focus on that are important to early retirees?

Image Credit: Washington Post “What if a typical family spent like the federal government? It’d be a very weird family.”