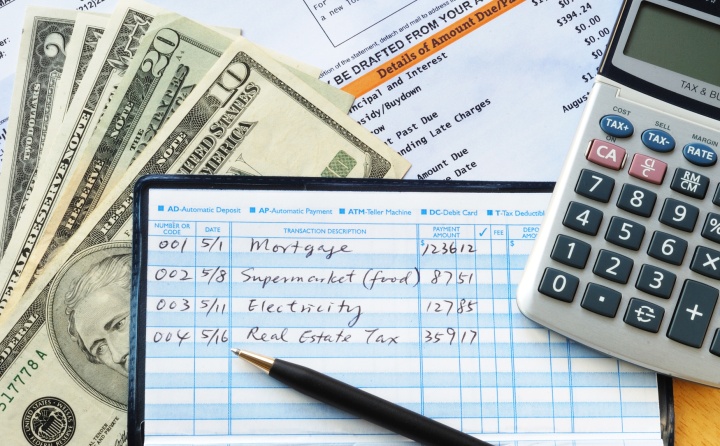 When I was in college, my girlfriend and I stopped into the bank one day on our way downtown.  I explained to the future Mrs. FireStation that I needed to check my balance.  She was puzzled by the fact that I often zipped into the bank every week or two.

The bank teller was puzzled too.  I had my checkbook in my hand, but didn’t have anything written in the register.  “It would help to write things down,” she said, “do you need a new register?”  “Registers are for financial wimps,” I declared.  “As long as I know roughly where I am at,” I reasoned, “it is a waste of my time to track every dollar – when you are already doing it for me.”

The good news is that I was always pretty good about knowing roughly where I was at and have bounced very few checks in my life.  In fact, I can’t recall ever bouncing a check because I didn’t know I was out of money in my account.  Still, my girlfriend and the bank teller both thought I was a crazy man for not tracking my balance to the penny.

Similarly, I view monthly and weekly budgets as the same sort of time-sucking administrivia.  I understand the concept and appeal of budgeting, but unless you are pretty out of touch with your spending (like the folks who call into Dave Ramsey), I don’t see it as a very good return on time invested.  What value does it add to know that I overspent on some new tennis shoes, but that it was offset by less money spent at the grocery store?  My spending is not that exact week to week, month to month.

That said, I do track our spending on an annual basis.  I set up a rough budget at the start of the year (including some cushion for exceptional items that might come up) and compare back to it in the middle of the year (quick review) and once again at the end of the year (record actual spending).  Setting up the forecasted budget takes about 1 hour and tracking it takes another hour twice a year.  About 3 hours spent total.

That’s it though.  Nothing more.   I’ve found that most of our spending is pretty routine and regular.  Over the last few years, I’ve used Mint.com to simplify the tracking.  As long as I keep track of the exceptional items like vacations, a house addition, new furniture, and charitable giving – everything else runs pretty much close to what we’ve spent in the past. A quick peak 2x a year is good enough – Once in July.  Once between Christmas & New Year’s.  Done.

What’s more important to me is tracking our savings and net worth.  As long as I see that those numbers are on track, no amount of budgeting really matters.  Pay yourself first and spend whatever is left is a great maxim for getting ahead and avoiding administrivia.  I can look at our net worth on the Mint.com app 24/7.  It doesn’t take more than a minute or two to compare back to the goal I set up at the start of the year.

Still, some say, “What if the bank made a mistake with your account?”  As Jane Bryant Quinn writes in Making The Most Of Your Money, banks rarely make mistakes and you could spend decades balancing your checkbook before you found as much as $100 in your favor. Tracking balances weekly (or monthly) is a massive waste of time – and below minimum wage job – if you are going to commit yourself to that to catch an error.

I don’t expect to convince a lot of people with my reasoning as my wife still balances her checkbook regularly.  In fact, we have “hers & his” checkbooks because she can’t stand that I don’t write anything down.

If I can’t convince her after 26+ years of being married, I probably won’t convince too many others.  I think the world is probably divided into people that must track everything and others that just keep their eye on the horizon.  The latter is definitely for me.